I am sending this message because I intensely desire that pigs be able to lead a natural life, as should all animals.

I was born in Fukushima Prefecture with a so-called handicap. If a prenatal test to detect birth defects had been available over 60 years ago, my life could have been terminated. Because my bones are prone to easily fracture, I have fractured my bones over 20 times. I was operated upon eight times, and the operations were like medical experiments on a living body as an object. The numerous medical treatments at the general hospital in the countryside of Fukushima deprived me so many times of my physical freedom. A plaster cast was used each time, and the cast covered me from the tip of my toes to my chest. For a total of approximately five years, I had no freedom of body movement.
Mother pigs that are confined in a gestation crate are just like me back then. Like the way I was, they do not have the freedom to stand up, turn around, and raise their heads. I understand how they feel. I wished I had never been born into this world. Many adults thought I was crying loudly because of pain. However, the truth is that I was crying because losing my physical freedom in such a cruel way was unbearable.
Unfortunately, my daughter has the same physical disability, but I have never let doctors use a cast or operate on my daughter. Children lying on a bed with a cast for a long time suffer in the same way as mother pigs being forced to live in a gestation crate. They live lives of despair. My daughter has suffered fractures many times. However, she has become an adventurous person with a gentle nature.
Confining pigs in a gestation crate is abuse and torture. If human beings continue allowing such cruel acts and being ignorant of how our food is produced, there will not be any future on the earth for the people who have consideration for others. I beg you, please protest the confinement of pigs in gestation crates.
We must also reconsider our diet and stop relying heavily on meat. Pigs in crates have feelings and are intelligent, just like us. They feel grief and suffer from pain. Human and other animals, including pigs, share the world together. 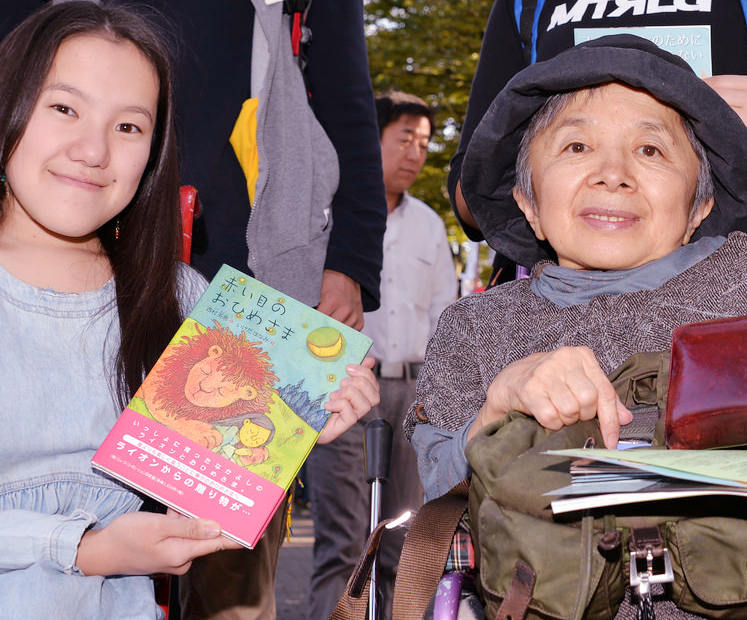