Gestation Crates : My idea of gestation crates as a consumer responsible for animal life.

At the super markets we see meat sliced and packed neatly in the trays. Many may think they look delicious.

Meat is the product which comes from the slaughter house where creatures such as cows, pigs, chickens are slaughtered. Before the slaughter of animals they are raised in the factory farm. Very few don’t think much about the situations of livestock system today and rarely feel pity for the animals which offer us their meat. They don’t dare to imagine the meat and the processed food have come from the animals that were alive just a few days before.

Like the other food industry, efficiency is pursued in raising livestock. For mass production Animals are kept in the “factory farms” where animals are confined in the narrow closed space. Animals are treated as a material and kept in the small space all through their lives and restricted to perform instinctive behavior. They are raised in the unbearable conditions. Gestation Crate for breeding sows is one of those abuses we have to overcome.

We humanity has the exceptional intelligence alone on the earth which led us to control and make use of other animals. Many people take it for granted that we kill and eat other animals for us to live. But we should realize that stock breeding means “raising animals”, not “ producing materials” like the other factory industries.

As we are getting aware of the miserable situations of animals raised in the factory, the idea of animal welfare has come out. In Japan many of us try to reduce the number of the companion animals destroyed and more and more are beginning to realize the importance of the animal welfare. However, as for livestock , we accept the fact they will be slaughtered for food or fur and out of the protection of animal welfare. Then many compassionate people, especially people in the countries in EU, begin to emphasize the importance to make the animal welfare act effective to give them better environment which allows animals to live as natural as possible. In Japan from 2007 through 2010 incorporated association of zootechny, with the instruction of Ministry of Agriculture, Forestry and Fisheries, formulated “The Guidance for Breeding Management according to the animal welfare” which will scientifically applicable to the welfare of 6 types of domestic animals (: milk cows, cows for beef, pigs, hens, broilers, and horses). However it has no legal regulations and is considered just as “a challenge”.

Breeding sows spend their most of their lives confined in the “Gestation Crate”. Gestational crates are used on 88.6% of pig farms in Japan. Breeding Management Guidance (which is based on the animal welfare) for pigs recommends the space :60cm(width)×180cn(depth) or more. This space is almost as large as the sow herself and the sow cannot do anything but sit, lie or stand and never be able to twist or turn around. Nobody can keep your companion animal to such a space. Domestic animals are industrial animals and efficiency is given first priority.

The pain in the gestation crates is so unbearable that they often hit themselves to the crates and get hurt. Muscles and the bones become weak due to the lack of exercise. Pigs are intelligent, interested in the surroundings and highly social. We can imagine how stressful lives they are forced to live. We consumers should consider how they are treated before they are slaughtered for meat and have to do something to make their living situations better.. Because we, the consumers of meat, are responsible for their lives. 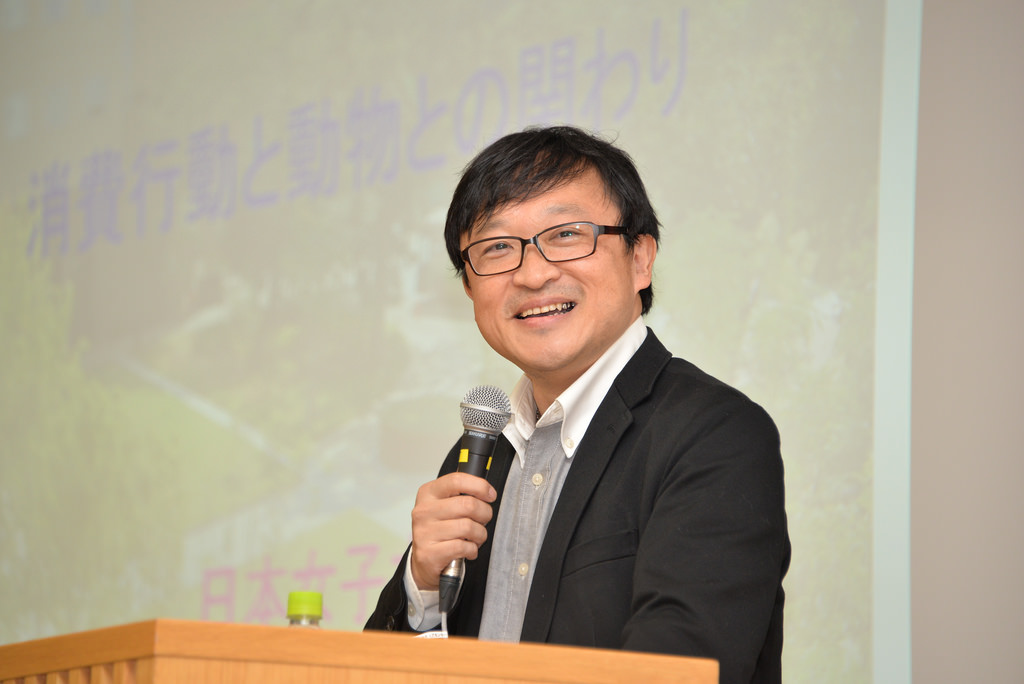